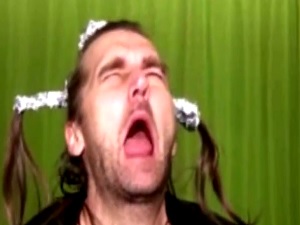 If your account is in the red and you feel you need to trade to make back the losses, don’t… just don’t. When you Trade Forex Too Much… Things can go rather, nuts. Forex is why im broke helps you get better! Maybe it’s about time you do other things than trading Forex

When you Trade Forex Too Much…

Trading too much? If your account is in the red and you feel you need to trade to make back the losses, don’t… just don’t. If your account is in the green and you feel you’re on a roll and that you have to keep trading frantically to increase the profits, don’t… just don’t. I am not saying this just because throwing advice left and right makes me feel all fuzzy and warm inside, but because I know firsthand that overtrading will get you broke… or nuts… or both.

ForexIsWhyImBroke.com Helping you Get Better

Remember those old 2D fighting video games where you had to mash buttons like crazy to win the match? Guess what: trading is not done that way… well, trading that makes you money doesn’t work that way. If you are looking for a thrill, then yea, fire away trades left and right. Buy, Sell… heck Buy and Sell at the same time and call it hedging, but you won’t make money that way. And if you make some, you won’t be able to hold on to it because you’ll open another trade in minutes. I’ve done that so many times before learning to stop, but something tells me you won’t take my advice and you’ll need to experience it on your own. No problem, do that, but the next time you look at your account that’s bleeding money and you realize you are placing 15-20 trades per day, just remember that some time ago you’ve read an article that warned you about it… and you didn’t want to listen. You’ve probably heard it before but I’m still gonna say it: your Forex success is highly influenced by your mental state. If you embrace the Zen, you’ll have a lot more chances to be profitable than if you go berserk because in the first case you will be able to act in a logical manner. Surely you agree with me when I say that if you only take 2 or 3 trades per day you will pay a lot more attention to them than if you were taking 20.

Maybe it’s about time you do other things than trading Forex: spend some time with the lady, watch a movie, go drink a beer outside and don’t act like a mad scientist who doesn’t step foot outside his lab. Sometimes, the harder you try, the harder it is to achieve your goal. Relax!